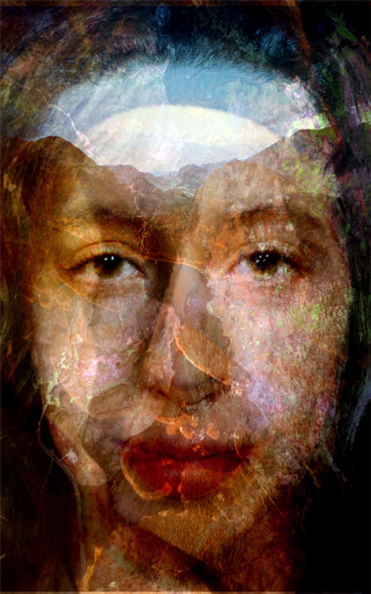 Situated in a world obsessed with speed, driven by desire for instant gratification, Becoming World, takes a radical departure from the culture of montage and juxtaposition by generating an image of continuous transformation and interpenetration that occurs so slowly as to elude conscious perception of the underlying change as it occurs.

The work, as an experience, situates itself around the boundary between experience and memory — spontaneous perception and cognitive conception. By subverting the flash judgment of direct experience within the psychological present a more discursive image emerges.  A set of textural interventions then function to reorganize and enhance the portraits — becoming skins and spaces — making of each a merging of the human and the world we inhabit.  The work functions as a generative system for a huge variety of hybrid personas.

A simultaneous characterization of multiple states of being expresses in its own simple way the complexity of being in the world — a state of being in which we at once carry an image of the world within us while, at the same time, are subject to the changes wrought on our selves by the external forces of an enveloping world.  In this way Becoming World attempts to show an interpenetration of the human with the world — an interpenetration that might hopefully enter into a discourse on a transpersonal state of being conducive to a rethinking of our place in the world as continuous, cohabitant, participatory and fundamentally resonant with the world. 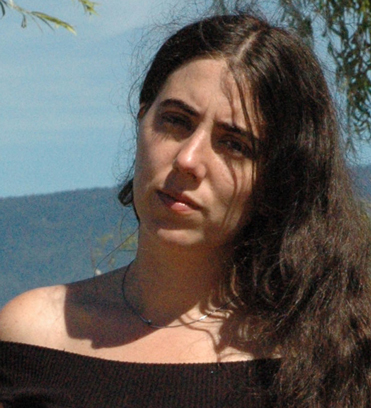 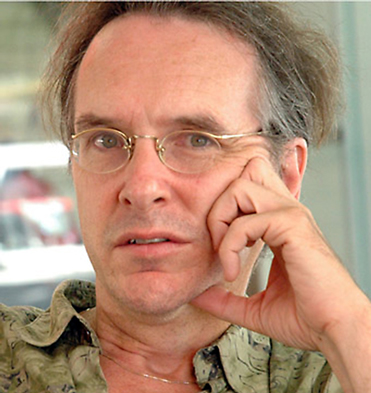 Dr. Aleksandra Dulic is an internationally recognized media artist and scholar working at the intersections of multimedia and live performance with research foci in computational poetics and cross-cultural media performance. Her research involves the development of learning context and experiences using game play as device for sustainability awareness grounded in local ecology. Her current work focuses on intersection of Culture and Technology, Climate Change communication, gaming and interactive art. She investigates image production and computation technologies to expand the practice of visual arts and how visual representation and its reception are changed by interactivity. She has received a number of awards for her media artwork that has been exhibited nationally and internationally.

Kenneth Newby is a media artist, composer-performer, educator, interaction designer, and audio producer whose creative practice explores the use of technology to enable media performances and installations that are rich in aural, visual and cultural nuances. His work is widely presented in exhibitions, concerts, festivals, and radio broadcasts throughout Canada, Asia, Europe, and the USA. These works include compositions of media performance, electro-acoustic and acoustic music; interactive computer systems for live performance and installation; software tools for composition of music and animation, new composition for Javanese and Balinese gamelan ensembles; interdisciplinary collaborations with composers and artists in various disciplines (film, video, dance, theatre, poetry, shadow play) and participation in improvisational ensembles.