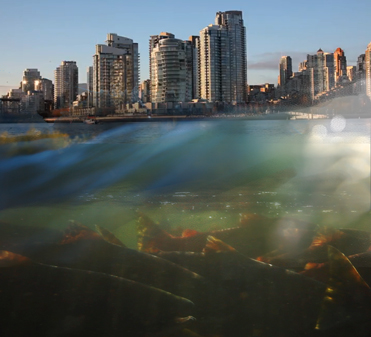 The focus of Salmon People is the reconsideration of human/more-than-human relationships, specifically between humans, salmon and coastal waters. The title of the project quotes a Pacific Northwest First Nation’s narrative that relates salmon as people who live in houses far away under the sea. Each year the salmon return to visit human people because they are treated as honored guests (Tom Jay). The imagery for Salmon People includes underwater footage of the 2010 sockeye migration from the coastal BC waters up the Fraser River to the Adams River, meshed with imagery from urban locations in Vancouver. This work uses computer software to generate ever-changing combinations of human and salmon worlds. 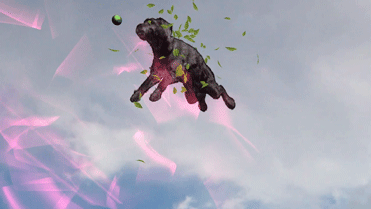 Julie Andreyev and Simon Overstall perform a rendition of EPIC-Tom, a live animation with canine vocals created with Tom, Andreyev’s canine collaborator.  EPIC-Tom explores the actions and voice of Tom with a speculation on his emotional connection to every day activities. The canine point of view is presented as an outlook on more-than-human intentionality and creativity. In the process of making the project, Tom collaborated in motion capture sessions, and vocals were recorded of him singing. During the performance, Andreyev plays a theremin using “call and response” methods with Tom’s vocals while Overstall provides live granular processing of the theremin and canine sounds. More info: http://julieandreyev.com/epic-tom/ 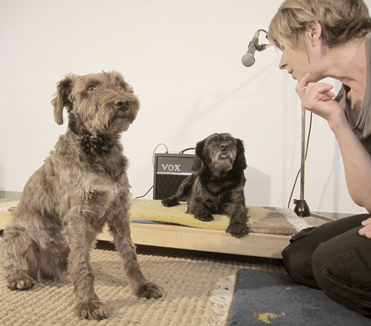 Julie Andreyev is an artist whose recent area of practice called Animal Lover (www.animallover.ca) explores animal creativity and communication through modes of interspecies collaboration and aleatoric methods, to produce interactive installation, video, social media, and performance projects. She works primarily with her two companion dogs Tom and Sugi (www.tomandsugi.com,  twitter: @Tom_and_Sugi). She is co-founder of the Vegan Congress (www.facebook.com/vegancongress) and the Compassion Network. Her work has been shown across Canada, in the US, Europe and Japan in galleries and festivals such as The Vancouver Art Gallery, SIGGRAPH, Vancouver 2010 Cultural Olympiad, Viper, CHI, Japan Media Arts Festival, Digital Art Weeks, Nuit Blanche. Andreyev’s work is supported by The Canada Council for the Arts, The British Columbia Arts Council, Foreign Affairs Canada, and The Social Sciences and Humanities Research Council of Canada. She is Associate Professor at Emily Carr University of Art + Design in Vancouver, and Artistic Director of Interactive Futures, www.interactivefutures.ca. 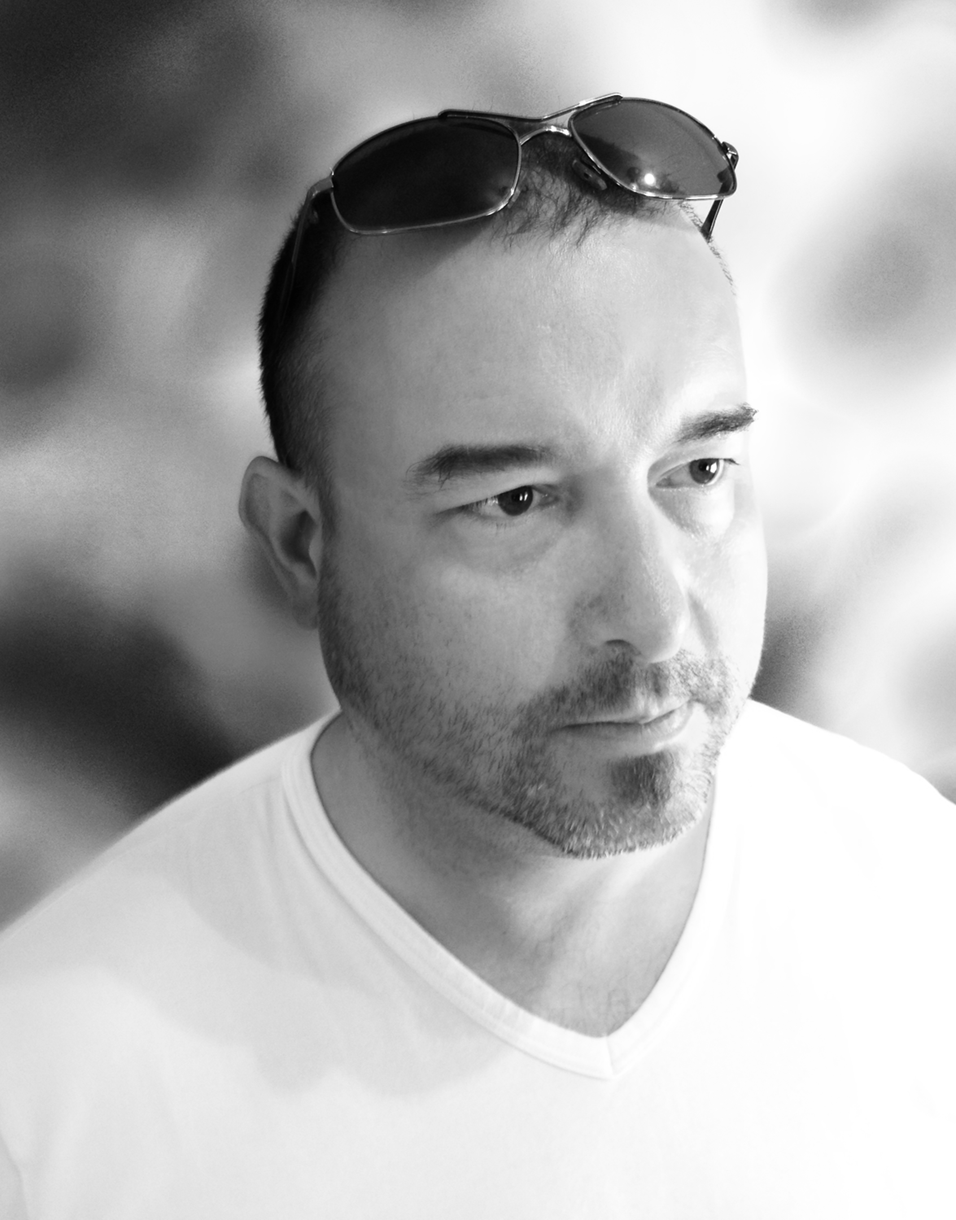 Simon Overstall is an artist working in digital arts, in particular music, sound, and interactive art. He has a BFA in Music Composition from Simon Fraser University, Vancouver. Currently he is completing an MA in Sound In New Media at Aalto University, Finland, and holds a position with the Sound and Physical Interaction research group. http://sloburn.wordpress.com